Menu
Search
Find out which celebrities have come out as LGBTQ+

Once known as an anti-LGBTQ congressman, Aaron Schock shocked many when he came out as gay. Schock said that the fact that they are gay is one of those things in their life that need explicit affirmation to eradicate any doubt. It also reveals who they are as a person finally. Schock confessed that they regret the time they wasted before coming out.

Windham-Burke announced the news of her being gay for the first time in an interview with GLAAD. She went ahead to say that she is a member of the LGBTQ+ community and that she is gay. She revealed that it had taken her 42 years to say it, but she is proud of where she is right now.

The “Real Housewives” star confessed that she is starting to feel like she is becoming the woman she is supposed to be. Although she has known it, she said it took her many years to be comfortable in her own skin. She also said she has a girlfriend, but she plans to remain married to her husband, Sean Burke. The two share seven children.

Tana Mongeau took to Instagram to talk about her sexuality in honor of Pride Month. She did so during the time that rumors were floating that she was dating Noah Cyrus,

She never thought she would be brave enough to share her sexuality publicly in the way she did at the moment. She revealed that she was still struggling with her sexuality and hates when people tell her she is straight or discredits her relationships with girls. Also, Mongeau said that she is proud to be both a member and an ally of the LGBTQ+ community. She will spend her life loving people based on their souls and not genders.

When her character on “Supergirl” came out as a lesbian, it triggered a self-discovery journey for Chyler Leigh. She said that when she was told that her character was coming out in season two, a swirl of thoughts and emotions was overwhelming because of her responsibility to represent Alex’s journey authentically.

She said that she didn’t realize how the scene where she revealed the truth would leap off the script’s pages and become a variation of her own.

She wrote that the director, the media, the press, the cast, and the fans said that it was the most pragmatic coming-out scene they ever witnessed. Maybe because there’s some truth to what she said.

The actor, who is still married to actor Nathan West didn’t choose a specific label on her post.

He wrote in a tweet that he came out on a stage at a @jimjefferies show in San Diego. Then, he went ahead to say that he was gay the whole time. The reason he finally came out was that he was tired of worrying about what people will think of him and what it will do to his career.

Gillum, the former Tallahassee mayor and 2018 Democratic candidate for Florida governor, came out as bisexual. He did so in an interview with Tamron Hall,

Gillum said that he does not identify as gay but rather as bisexual. He has never shared the information in public before.

In her support for Black Lives Matter, Reinhart took to social media to announce she was bisexual.

Just after her break-up with Cole Sprouse, she wrote on an Instagram story that she is a proud bisexual woman. She had never announced it publicly before.

Reinhart told Flaunt magazine that she was hesitant to come out because she was worried that people would think she did it for attention. This misconception is a common source of anxiety for bisexual people.

About Demi Lovato’s Coming Out Story

According to Demi Lovato, the decision to come out as non-binary has followed a lot of self-reflective work. The singer confessed that they are proud to make the change and are changing their pronouns.

Also known as a teen movie star, Lovato has since become one of the world’s most popular singers over the decades. They made the declaration to their fans through video and tweets posted online.

Lovato’s decision represents the fluidity they feel in their gender expression. It also allows them to feel more authentic and true to the person they are and are still discovering.

They continued to say that they are still learning and coming into themselves and are not claiming to be an expert or a spokesperson. By coming out, they said that they are opening themselves to another level of vulnerability.

Lovato expressed that they revealing their gender identity to support those who have not yet come out to their loved ones. They urge them to stay and live true to their authentic selves.

The singer recently shared their struggles with mental challenges and addiction in a YouTube documentary called Dancing with the Devil. The film covers their journey before and following their near-fatal overdose in 2018.

In the documentary, Lovato revealed that their doctor said they had 5 -10 more minutes to live.

In an interview with EW, they said that ending their engagement with actor Max Ehrich assisted them in understanding that they are too queer to be in such a commitment with a cisgender man at that moment.

They went ahead to say that whether there is drama or not, they are too gay to marry a cisgender man at the moment. However, they are not sure if that will change in 10 years, or it will never change, but they are confident of who they are. 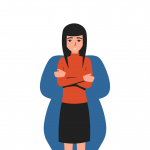