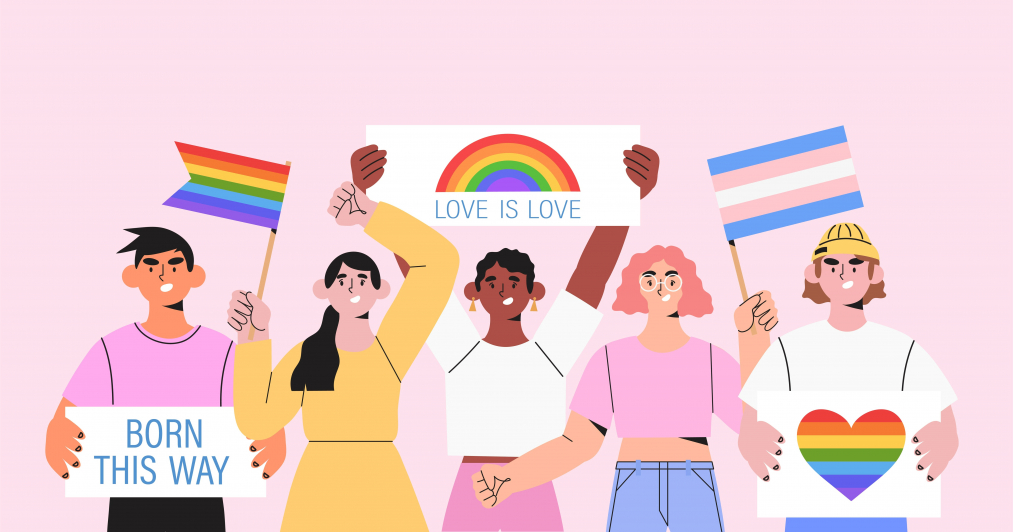 Transgender is an umbrella term for people whose gender identity is different from their assigned sex at birth. Image is a representation against violence, discrimination, human rights violation. Equality and homosexuality. #loveislove

What is Gender Dysphoria?

Gender dysphoria is defined as:

: a distressed state arising from the conflict between a person’s gender identity and the sex the person has or was identified as having at birth

also: a condition marked by such distress

Some transgender and gender diverse folks may experience gender dysphoria at some point, while others may not. Every individual is different, and some trans or gender non-conforming people feel more at ease in their body, whether they seek out medical intervention or not.

Some trans folks take hormones or undergo gender-affirming surgeries to align with their gender identity. However, this is not always the case – it’s up to the person and what feels affirming for them. This process is referred to as transitioning.

What is Hormone Therapy?

We will explore hormone therapy and gender-affirming surgeries in future articles, but here are some basics.

While many trans or gender-diverse folks are happy with their gender expression, some may not be comfortable in their bodies and want to try hormone therapy. Using hormone therapy (HRT) is up to the individual, and they can discuss it with their primary care provider.

Usually, the hormone estrogen, along with other medications, is used to feminize the body. To masculine the body, many trans people will use testosterone. For a more androgynous appearance, these hormones can be used at lower doses.

What are Gender-Affirming Surgeries?

For some trans and gender-diverse folks, these surgeries are necessary for their mental health and well-being. They are generally categorized as transmasculine or transfeminine, but gender non-conforming people may also want these surgeries.

Here are some of the surgeries available:

Orchiectomy (removal of one or both testicles)

Phalloplasty – lower body surgery that makes a penis and scrotal sac. Later, testicular implants are added to the scrotum, and then implants are used for an erection.

What Names and Pronouns Should I Use When Referring to a Transgender Person?

Some transgender people change their names to match their gender identity. They will often go through the process of changing their names on legal documents, their driver’s license or photo identification, Social Security cards, credit and debit cards, and passports. Unfortunately, there are many barriers for trans people looking to change their documentation. Many of these individuals have to go to court to make these changes, which can get costly and time-consuming.

When a person has changed their name, it is disrespectful and harmful to call them by their previous name, known as dead-naming. Asking about names and pronouns is necessary to affirm their gender identity. Misgendering and deadnaming can harm a transgender person’s mental health and self-esteem. Transgender folks can also feel stigmatized and have lower confidence about their appearance and identity.

Transgender people can use any pronoun that reflects their gender. Here are some examples:

Some people do not use pronouns at all; instead, they use their name as a pronoun.

One important thing to note is that you should never refer to a trans or gender fluid individual as “it” or “he-she.” These words are slurs and are offensive.

Can Transgender Identities be Fluid?

Since language is continually shifting, it is essential to note that there is no right or wrong way to be non-binary or trans. In essence, you will want to listen to the person and the terms they use to describe their gender identity. It is essential to accept the way that they identify.

What Kinds of Discrimination Do Transgender People Face?

According to research, transgender people are at risk for experiencing discrimination, violence, and adverse mental health outcomes. In 2018, at least 26 transgender or gender non-conforming individuals in the U.S. were killed because of fatal violence. Mostly, it was Black trans women who were murdered.  Trans people are also at a higher risk for poverty, unemployment, homelessness, and survival sex work.

For many years, lawmakers have been pushing anti-LGBTQ legislation. Whether it’s keeping trans people out of public spaces or refusing to allow them to participate in athletics, trans people continue to experience attacks on their rights and in their communities.

Because of this prejudice and all types of discrimination, transgender people have a high suicide rate. The Suicide Prevention Resource Center concluded that 83% of transgender people had suicidal ideation while 54% had attempted suicide. If you or anyone you know are feeling suicidal and needs help, you can always contact The National Suicide Prevention Lifeline at 1-800-273-8255.

What Can I Do to Make the World Safer for Transgender People?

Being an ally to transgender people is essential these days. You can research tips on being a good ally, like the previous article that we published for our Lexicon series.

You can also look online for terminology used and which ones to avoid. GLAAD’s Media Reference Guide is an excellent place to start. 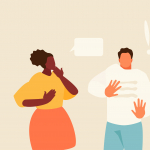 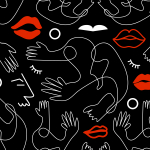