Menu
Search
Two-Spirit is an umbrella term that bridges Indigenous and Western people's comprehension of gender and sexuality.

For this installment of our LGBTQ+ acronym series, we will be discussing the term “Two-Spirit.” You may recognize this term as the “2” from other variations of the LGBTQ+ acronym (it can look like LGBTQ2IA+ or LGBTQ2S+).

Geo Neptune, Maine’s First Transgender, and Non-Binary Official were featured in a video for Them to talk about the term “Two-Spirit.” They explain the history of this concept and what it means to be two-spirit.

In this article, we will outline Geo Neptune’s knowledge about the label “Two-Spirit” so that we can better understand the “2” in the LGBTQ+ acronym.

What Does Two-Spirit Mean?

Two-Spirit is an umbrella term that bridges Indigenous and Western people’s comprehension of gender and sexuality.

Even though the term has only been used since the 1990s, the concept has been around for centuries. Many indigenous groups have identified with this label for hundreds of years. Indigenous people introduced it to find common ground and educate traditional teachings in a contemporary setting.

There are many understandings of Two-Spirit people, and every nation has a specific meaning. It is important to note that Two-Spirit is a native identity – non-native LGBTQ+ people should not use it as a way to identify. The concept of Two-Spirit is a sacred tradition among the first peoples of Turtle Island and should be respected.

How is Two-Spirit Defined?

Since Two-Spirit has many definitions, here are a couple of examples from both American and Canadian sources.

According to the Two-Spirit Society of Denver:

“Two-spirit refers to another gender role believed to be common among most, if not all, first peoples of Turtle Island (North America), one that had a proper and accepted place within native societies. This acceptance was rooted in the spiritual teachings that say all life is sacred.”

“Two-Spirit, a translation of the Anishinaabemowin term niizh manidoowag, refers to a person who embodies both a masculine and feminine spirit. Activist Albert McLeod developed the term in 1990 to broadly reference Indigenous peoples in the lesbian, gay, bisexual, transgender, and queer (LGBTQ) community. Two-spirit is used by some Indigenous peoples to describe their gender, sexual and spiritual identity.”

When Did the Term “Two-Spirit” First Get Proposed?

The term was first proposed and affirmed in 1990 in Winnipeg, Manitoba, at the Third Annual Native American Gay and Lesbian Gathering. This term was adopted at this conference because most of the written records for indigenous nations all over North America were documented by Europeans.

The Jesuits used the offensive and outdated term berdache/bərˈdæʃ/ as a way to identify an indigenous person fulfilling specific gender roles in their tribe. The term is pejorative to indigenous people and portrays an inaccurate depiction of gender through the lens of colonialists. These writings, in particular, featured a negative perspective on what Europeans perceived as cross-dressing among the Anishinaabe.

Why Did the Term Get Introduced?

The term was a way to create self-determination over linguistic barriers. That’s because the pre-existing language was violently imposed on the indigenous peoples of North America. European colonizers also forced homophobia, rigid binary gender roles, and misogyny upon indigenous individuals. In essence, indigenous people were robbed of their land and their sacred practices and traditions. Many two-spirit individuals or unions were not able to express themselves.

The word was also introduced as a solution based on findings from Native scholars and activists. They determined that there was an issue with naming many different sexual and gender identities within the two-spirit umbrella legible across various cultures, both native and non-native. In essence, there is a wide range of meanings for the term Two-Spirit in different cultures. For example, the word wíŋtke, the contraction of the old Lakota word, winyanktehcain, means wanting to be like a woman. It references Lakota people who transgress gender boundaries. Whereas, in Diné (Navajo) culture, the term Nádleehi can refer to a male-bodied person with a feminine nature. In Ojibwe, Ikwekaazo and ininiikaazo are one who endeavors to be like a woman and one who endeavors to be like a man (respectively).

In essence, each nation has its own words for gender in its language. And those are just two specific examples of indigenous nations and how they view gender and sexuality. There are many more nations that have varying understandings of these concepts that are rooted in specific spiritual beliefs.

Some nations don’t even have a concept of two-spirit people, and some hold two-spirit people in high regard. For instance, they have been known to have essential roles like medicine people, matchmakers, or warriors.

How Are Traditions Being Celebrated Now?

Two-spirit identity is precious and resilient and whose traditions have been kept alive by Elders. The people and concept have also survived years of colonial violence. These sacred traditions of knowledge will continue to live on through Native youth who want to learn more about their identities.

Who Are Some Self-Identified Two-Spirit People?

Alec Butler – A Canadian playwright and filmmaker of Miꞌkmaq heritage

Non-native LGBTQ+ members need to uplift Two-Spirit identities and provide them with more visibility. It is essential to give these individuals a voice. Here is an excellent resource by Sarah Hunt called “An Introduction to the Health of Two-Spirit People: Historical, contemporary, and emergent issues.” With this resource, the LGBTQ+ community can provide better support to Two-Spirit people.

It is also imperative to partner with Indigenous communities to address the direct impacts of colonization on Two-Spirit and indigenous LGBTQ2S+ people. 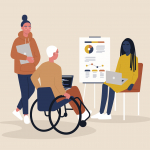