Menu
Search
The body positivity (bopo) movement focuses on acceptance for all body types and sizes. In essence, this movement challenges how our culture, especially the media, portrays physical human bodies and what standards are set

The body positivity (bopo) movement focuses on acceptance for all body types and sizes. In essence, this movement challenges how our culture, especially the media, portrays physical human bodies and what standards are set.

In 2012, we started to see the buzzword “body positivity” being talked about online. However, body positivity has always had a long history, dating back to the 1960s.

After the “body positivity” movement became increasingly more popular, body neutrality was then introduced as an alternative viewpoint to body positivity. Body neutrality is less about loving your body at all times, no matter what, and feeling neutral about it.

This article will delve deeper into the concepts of body positivity and body neutrality, the differences between the two, and how they help people.

The Actual History of the Body Positivity Movement

Even though white women and femmes have been co-opting the body positivity and fat activism people, black women and femmes were the ones who launched the movement and are responsible for it today.

Between 1904 and 1934, various writers and health professionals create terms to depict fat women in popular Black newspapers of the time. These words included lazy, deranged, sluggish, mammy, and ugly. Sadly, these words are still used against fat people/women today.

Paul Edwards, a professor at Fisk University, conducted a study in 1932 about black consumerism. He showed urban African Americans with ads that represented Black women as mammies (a word used in reference to Black nannies who looked after white children). Mammy caricatures look like a happy, fat Black woman with a smile on her face and a scarf around her head. This stereotype features a black woman being content and in loyal servitude.

When black women were asked about Edwards’ study, they immediately expressed their dislike for them. However, the responses differed in each of Edwards’ classes, as the more “professional” women noted the “big, fat colored woman” in the ads.

During the late twentieth century, black women continued to make commentary on the issues regarding fatness. For example, Margaret K. Bass wrote the essay “On Being a Fat Black Girl in a Fat-Hating Culture,” where she described her experiences growing up in the segregated South during the ’50s and ’60s. During this time, she faced much fat prejudice.

Body positivity was an integral part of the fat liberation movement during the 1960s. It was started by fat queer Black women and femmes and was intended to be a space by and for marginalized bodies.

Issues with the Body Positivity Movement

If you looked up body positivity on Google, chances are you’d believe it was started by white plus-sized models or other whitewashed versions.

There is no doubt about it – today’s body positivity movement is ruled by colorism. Even though the goal of the bopo movement is to be inclusive of all bodies, many bodies get left out of the conversation, like BIPOC folks.

Dive into the #bodypositivity tag on Instagram. You’ll likely find that white women or femmes in smaller fat bodies are dominating the movement, and people who created the movement are less represented.

Fat activism gets left out of the conversation

When searching the #bodypositivity or #bopo tags on social media platforms like Instagram, you will find pictures of women and femmes in privileged body types: white, thin, able-bodied, and cisgender. People in bigger bodies may trend once in a while, but they aren’t the ones populating search results.

Centering privileged bodies leave fat people and marginalized bodies out of the conversation and excludes discussion about systemic discrimination against people in fat bodies.

There’s nothing wrong with wanting to love your body, but many more pressing societal issues regarding fat people get overlooked. There are ways that our society discriminates against fat people that can be detrimental to their physical and mental wellbeing and can even be deadly. These issues are important to discuss but can be dominated by small fat white women or femmes that do not face the same level of societal discrimination.

Body neutrality is different from body positivity in that it focuses on what your body can do. It was created in 2015 by bloggers, celebrities, and intuitive eating coaches, after all the criticisms that came out of the body positivity movement. These individuals talked about this term to steer the conversation away from the connection between physical appearance and self-worth.

Body neutrality is also connected to mindfulness in that you can focus on caring for it, getting adequate nutrition, not depriving yourself of anything, resting, and moving your body in a way you enjoy. Many people find that they can listen to their body better and know what it needs with body neutrality.

All in all, body neutrality focuses on a lack of attachment to how your body looks and discourages spending time thinking about your physical appearance.

In addition, body neutrality encourages the idea of seeing your body as a functional vessel. Because of this viewpoint, people with marginalized bodies have an easier time identifying with this movement than the body positivity movement.

How to Practice Body Neutrality

If you’d like to incorporate body neutrality into your life, you can start with self-talk.

You can also practice self-love activities when you feel uplifted and like it’s effortless, not when you’re trying to force it. 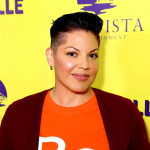