As you have likely read about India’s COVID-19 crises in the news, the pandemic has wreaked havoc and caused much tragedy in India. The pandemic has significantly impacted India’s LGBTQ+ population, causing many issues for queer people, especially trans folks. Trans people in India are more likely to experience housing and food insecurity, causing them to engage in survival sex work. Also, trans folks are facing issues gaining government help due to a lack of identification.

Here is how you can directly help LGBQT+ people and trans individuals in India at this moment.

What Is Going on With India’s COVID-19 Crisis Right Now?

India’s COVID-19 outbreak is challenging to quantify accurately. The confirmed daily cases are hitting just under 400,000. However, these numbers are higher than any other country has recorded during the pandemic. These numbers are also likely much more significant and on the rise as the virus ravages rural India. Two-thirds of the Indian population lives in rural India, and the infrastructure there is strained.

According to The University of Washington’s Institute for Health Metrics and Evaluation (IHME), the actual number of new daily infections is likely around 8 million. For comparison, that would be the entire population of New York City being infected daily.

Official reports have claimed that India’s COVID-19 crisis has taken the lives of 254,000 people since the beginning of the pandemic. However, IHME approximates that the actual toll is more than 750,000. Many researchers also predict this number will double by the end of the summer.

As the disease continues to spread through the Indian countryside, families have been grieving the loss of their loved ones in rural hospitals or camps that treat the sick.

In February, the second wave exploded, overloading hospitals and medical staff and crematoriums and mortuaries. The highly infectious variants played a significant role in this devastation.

Experts are still unsure of when these numbers will peak. Indian leaders are desperate for vaccines to halt the second wave and the disaster it has created. They have been pleading to Prime Minister Narendra Modi to stop exporting vaccines. Instead, they are trying to convince to Prime Minister to ramp up production. That way, they can obtain urgent supplies from overseas. Vaccines are crucial as the third and fourth waves will cause people to die in the same manner.

The tragedy has been horrific and devastating for the Indian population. Funeral pyres have been blazing in city parking lots. Bodies have also been washing up on the banks of the river Ganges. Some villagers were forced to leave dead bodies in the water due to increasing funeral costs and a lack of wood for cremations.

There has also been a lack of necessary medical help. For instance, there is a significant shortage of drugs, medical supplies, oxygen, and beds. Sadly, many hospitals have had to turn away many ill people with the virus.

India’s COVID-19 surge has claimed over a quarter-million lives, and the death toll is approximately 4,000 deaths daily. Many factors are leading to the crisis and a high number of cases and deaths, including mismanagement from the government, faulty infrastructure, and a fast-mutating virus.

How is India’s COVID-19 Crisis in India Affecting LGBTQ+ People, in particular?

As previously mentioned, India’s COVID-19 crisis is affecting the quality of life for trans people. Housing and food insecurity is a significant issue, as well as the HIV infection rate being higher in the transgender community (26 times higher than the national population). In essence, LGBTQ+ and trans individuals are struggling with meeting their basic needs.

So, how can you help LGBTQ+ people in India?

Mutual aid groups and individuals are working hard on helping LGBTQ+ people during India’s COVID-19 crisis. On social media, there have been lists of groups that are accepting donations worldwide.

Many organizations all over India are reaching out to LGBTQ+ and trans people who require assistance.

You can support many organizations right now that benefit the lives of trans and LGBTQ+ folks in India. Here are some grassroots fundraisers and groups looking for donations.

Trans activist Grace Banu is raising money to support more than 500 trans people living in Tamil Nadu villages (a state in southern India). These funds will provide emergency rations and medical supplies and cover LGBTQ+ people’s rent for the next three months.

This fundraiser is organized by the United States organization Parivar Bay Area. The donations from this project will distribute food kits and medical supplies to organizations that benefit LGBTQ+ folks based in 26 locations and eight states in India. Kashmir is included in this list.

Sangama is a human rights organization directly supporting sex workers, individuals living with HIV, and sexual minorities. By donating money to this campaign, 1000 recipients across ten districts in Karnataka will receive nutritional support.

People for Change is an organization located in the eastern state of Jharkhand. It is focused on youth and has been supporting the area’s trans population since the beginning of the pandemic. By donating to People of Change, the funds will provide four months of ration kits to over 400 households.

Spread Love and Peace and Xomonnoy

Youth Feed India and Helping Hands Charitable Trust are two organizations that are teaming with other grassroots organizations to provide rations to 150,000 people living in Mumbai. Recipients of these donations include trans people, folks living with HIV, and sex workers. 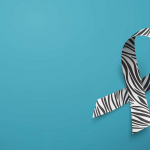