Troy Bailey, the man convicted of killing black transgender advocate Michelle “Tameka” Washington, has been sentenced. This sentencing has taken place over two years after she was murdered.

Bailey will serve a minimum of 25 years in state prison after the May 2019 killing of the 40-year-old trans woman who was based in Philadelphia. She was shot four times in her home.

What Were the Results of the Trial?

He was convicted in a May bench trial of third-degree murder, with a sentence assigned Thursday by Judge RoseMarie DeFino-Nastasi, a member of the Philadelphia County Court of Common Pleas.

Charges involved five related firearm offenses, but there were no hate crime penalties. According to Assistant District Attorney Chesley Lightsey, Washington’s murder was not due to her gender identity. Instead, authorities have stated that the incident occurred due to a dispute over a gun purchase.

Lightsey told NPR affiliate WHYY: “We do not believe Ms. Washington was killed because she was a black transgender woman.”

What Would Have Happened if Bailey Faced Hate Crime Charges?

If Bailey faced hate crime charges for Washington’s murder, he would not have been prosecuted under Pennsylvania law. Even though Barack Obama signed a federal hate crime bill back in 2009 (which includes protections based on sexual orientation or gender identity), the Keystone State is one of 28 throughout the United States without a fully inclusive hate crimes statute.

According to Washington’s sister, Crystal Davis, she has found difficulty finding closure after Bailey’s sentencing.

“I thought I would be relieved by the sentence Troy Bailey received for the murder of my sister. But because of his lack of remorse, I wasn’t. He cut short the life of a woman so full of light and love and taken my rock away, but I have vowed to continue her work for the LGBTQ+ community and to continue to make sure she is never forgotten.”

Which Other Black Transgender People Have Been Killed Due to Fatal Violence?

Washington was one of 29 (at minimum) transgender people killed because of violence in 2019. She was also one of six trans women killed in Philadelphia for the past six years. These other black transgender women include London Chanel, Keisha Jenkins, Shantee Tucker, Dominique “Rem’mie” Fells, and Tracy “Mia” Green. This number also excludes the June 2020 death of 22-year-old Tatiana Hall, which still hasn’t been ruled a homicide by police more than a year later.

Anti-trans killings continue to increase since Washington’s death. The year 2020 broke the record for one year in regards to fatal violence against transgender people. These numbers included 44 murders, with 2021 is on track to pass these numbers. So far in 2021, about 31 people have already lost their lives due to violence.

Is Justice Possible for Anti-Trans Homicide?

Obtaining justice for anti-trans homicide cases is very rare. According to a report from BuzzFeed, the Human Rights Campaign determined that arrests were made in only 47% of cases where the murder victim was transgender. All in all, homicide cases are among the highest clearance rates of any violent crime. Data from 2017 conducted by the Federal Bureau of Investigations concluded that 61.6% of these offenses will end in arrest.

However, after this week’s sentence results, there is hope that there will be more prosecutions in the future. For example, Akhenaton Jones will soon be standing trial for the June 2020 murder of 27-year-old Black trans woman Dominique “Rem’mie” Fells, whose body was found in the Schuykill River.

There have also been other arrests for anti-trans homicides in Philadelphia, including the murders of Green and Jenkins. In June 2016, Raheam Felton pled guilty to Chanel’s death and now has a minimum of 22 years in prison.

What Needs to Be Done to Protect Black Transgender Women

Family members of the deceased have pleaded that more action needs to be taken to protect the lives of Black trans folks.

Davis said Washington was her “rock” and has felt immense grief for the loss of her sister. During her interview with Philly Voice, she said: “My pain is every day. Every day I can’t call her and talk to her, I’m hurting on the inside.” 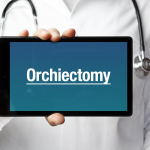