A new report from the political action group LGBTQ Victory Institute has revealed a record number of elected officials in the United States who are open about their LGBTQ+ identity.

Approximately 986 queer and transgender Americans are currently serving in elected office. Of these officials, two are in a role as governor: Jared Polis (D-Colo.) and Kate Brown (D-Oreg.). Brown is the only bisexual woman who has ever been elected as governor of a US state. However, eleven bisexual women hold seats in Congress, like Senator Tammy Baldwin (D-Wisc.), House Representatives Sharice Davids (D-Mo.), and Mondaire Jones (D-N.Y.).

What Did the Victory Institute’s Report Indicate?

The Victory Institute’s reports include 189 “out” state lawmakers and 56 mayors, which are historic numbers.

LGBTQ Victory Institute Executive Director Ruben Gonzales said in a statement that the impact of these leaders “extends beyond LGBTQ equality alone” and that the number of queer and transgender politicians in office is “significantly more diverse than the overall elected official population.” Also, the number of Black LGBTQ+ elected has increased by 75% solely in the past year.

“LGBTQ elected officials are on the frontlines in legislative efforts to end police brutality, defend voting rights and secure inclusive healthcare reform. LGBTQ people are represented in every community in America and that diversity allows for more thoughtful policy changes when we are in office.”

What Strides Has the LGBTQ+ Community Made for Political Representation?

The LGBTQ+ community has made further strides over the past year regarding political representation for transgender people. As a result, 36 trans people have been currently elected to office at national, state, and local levels. That means that there has been a 71% increase since June 2020. These politicians include Kansas State Rep. Stephanie Byers (D-86th District) and Oklahoma State Rep. Mauree Turner (D-88th District). Byers is also the first trans woman of color to ever serve in the US state legislature, while Turner is the first nonbinary POC.

Annise Parker, CEO, and President of the LGBTQ Victory Institute said to the New York Times:

“There are more trans elected officials than there are out Republican elected officials. However, these victories do not apply across the LGBTQ+ spectrum. For example, even though there has been a 17% increase in LGBTQ+ elected officials in the past year, there is a very low number of transgender men in office (only five). Moreover, the number hasn’t shifted since 2020.”

Still, a Long Ways to Go for LGBTQ+ Elected Officials

The LGBTQ Victory Institute claims that LGBTQ+ representation in elected office still needs to improve to achieve parity. Gallup has determined that 5.6% of Americans identify as queer or transgender, whereas only 0.19% of officeholders in the US do. To match the United States’ LGBTQ+ population, 28,116 more LGBTQ+ folks need to be elected to public office.

According to Parker in a statement:

“While LGBTQ elected officials are growing steadily in number, at this pace it will still take decades to come anywhere close to achieving equitable representation in government. This lack of representation has enormous consequences, because LGBTQ elected officials are best positioned to defend against anti-LGBTQ legislative attacks and to change the hearts and minds of colleagues in supporting inclusive policies.”

Read more: LGBTQ+ Politicians From Around the World You Should Know

Hope for the Future

Many are hopeful for better progress in the upcoming years. For example, Mississippi is the only state that has never had an openly LGBTQ+ official in office. Also, candidates who are “out” continue to break obstacles for inclusion across the United States.

Pennsylvania State Rep. Malcolm Kenyatta is determined to bring the number of LGBTQ+ Senators up to three in a historic campaign. Kenyatta would be the first Black and gay Senator in Pennsylvania history. He intends to fill Republican Pat Toomey’s seat.

The LGBTQ Victory Institute’s research does not include political appointees, like Transportation Secretary Pete Buttigieg and Assistant Secretary of Health Dr. Rachel Levine. These two are the first out gay man and transgender woman that have held a Cabinet-level position in United States history.

Last week, the Biden administration included two more LGBTQ+ members to their team: Gina Ortiz Jones and Shawn Skelly. These two will join the Department of Defense (DOD) after unanimous confirmation by the Senate.

Ortiz Jones will be the undersecretary of the Air Force, while Skelly will take on the role as the assistant secretary of defense for readiness. This post makes Skelly the highest-ranking trans official to have ever served in the DOD. 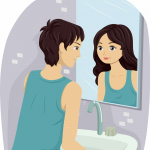