A recent report has shown that adults in the U.S. who identify as transgender or non-binary will more often report worsening memory and thinking functional limitations, and depression than their cisgender adult counterparts.

Researchers shared the results of two studies that studied cognition among transgender and gender non-binary adults during the Alzheimer’s Association International Conference.

According to Carl V. Hill, Ph.D., MPH, chief diversity, equity, and inclusion officer of the Alzheimer’s Association in a press release:

“We know far too little about Alzheimer’s, dementia and cognitive well-being among transgender and gender nonbinary individuals. As we learn more about dementia in this population, there is a great need for health care that is culturally competent and delivered with humility to address the needs of aging transgender individuals and their loved ones.”

What Is Cognitive Decline or Impairment?

Cognitive impairment happens where there are issues with thought processes. It can include difficulties with higher reasoning, being forgetful, struggling with learning disabilities, problems with concentration, decreased intelligence, and other obstacles with mental functioning.

Cognitive impairment can be present at birth, but it can also happen at any time in a person’s lifetime.

What Are Some Causes of Cognitive Decline?

The cognitive decline that develops in childhood, adolescence, or adulthood can come from things like autism, metabolic disorders, cancer therapy, systemic lupus, and more.

As people get older, other conditions like stroke, dementia, delirium, brain tumors, chronic alcohol abuse, vitamin deficiencies, and other chronic diseases can lead to cognitive impairment. Head injury and meninges can also cause cognitive decline at any age.

Ethan Cicero, Ph.D., RN, assistant professor at Emory University’s Nell Hodgson Woodruff School of Nursing, and colleagues performed the study. They analyzed data on subjective cognitive decline and functional limitations. These include abandoning daily activities or interferences with being able to work, volunteer or partake in social activities, all data taken among transgender and cisgender adults. They obtained the data via the 2015 to 2019 Behavioral Risk Factor Surveillance System (BRFSS), which is an extensive annual health behavior survey headed conducted by the CDC.

What Were the Results?

In addition, transgender adults who reported subjective cognitive decline were about three years younger and in an underrepresented racial and/or ethnic group, were uninsured and suffered from depression.

According to Cicero in the release:

“We are not certain what may be causing the elevated subjective cognitive decline rates among transgender adults. We postulate that it may be in part due to anti-transgender stigma and prejudice that expose transgender people to high rates of mistreatment and discrimination where they live, work, learn, seek health care and age. More research is needed to identify and target preventive intervention strategies, develop culturally relevant screenings and shape policies to improve the health and well-being of the transgender population.”

What Did Another Study Discover?

In a different study conducted at AAIC, Nickolas H. Lambrou, Ph.D., assistant scientist in geriatrics and gerontology at the University of Wisconsin School of Medicine and Public Health, and colleagues found links between health conditions and cognitive issues, and gender identity. They discovered data from the 2019 BRFSS of 231,414 adults, with 955 participants identifying as transgender or gender nonbinary.

“These rates are concerning because cognitive disability may be a risk factor or early indicator of Alzheimer’s or other dementia. Further research is needed; it is critical that researchers include measures to identify [transgender or gender nonbinary] participants so we have an accurate representation of their health and health behaviors.”

Experts intend to continue investigating psychosocial aspects of cognitive health that are connected with gender identity in the future. Studies will also evaluate when screening is ideal for transgender and nonbinary individuals. 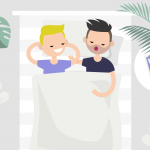