Is HIV Transmitted Through Kissing? There are many misconceptions about how HIV is transmitted, and we’re here to set the record straight.

An individual can’t transmit HIV through kissing since the virus isn’t present in saliva. A person can get infected by the virus through damaged areas in the mucous membrane in the vagina and rectum or the sharing of needles, syringes, or other drug injections, for example. However, the mouth also has mucous membranes, but they lack cells that may be vulnerable to HIV, as with those in the vagina and rectum.

Saliva has various enzymes and proteins that help digestion, lubricate the mouth, and fight germs.  One of the enzymes present in the saliva is the secretory leukocyte protease inhibitor (SLPI). This enzyme is also present in mucus and seminal fluid. SLPI prevents HIV from infecting T cells and monocytes (white blood cells part of the immune system).

Compared to vaginal and rectal fluids, saliva contains a higher amount of SLPI. This may be why HIV is found in other body fluids than saliva.

Kissing a person with HIV doesn’t put you at risk of contracting the virus. According to the Centers for Disease Control (CDC), a person can’t contract HIV through saliva or closed-mouth kissing. Nevertheless, the CDC states that an individual can rarely transmit HIV through deep mouth kissing if both parties have bleeding or open sores. The transmission can happen if the infected person’s blood gets into the bloodstream of the non-infected partner.

The only way to get infected with HIV is through direct contact with certain body fluids from an HIV-positive individual. Body fluids that contain the virus include blood, breast milk, semen, vaginal fluids, rectal fluids, and pre-seminal fluids.

There are primary modes of transmitting HIV. They include:

A mother can transmit the virus to the fetus during pregnancy, birth, or breastfeeding. Fortunately, proper HIV treatment lowers the risk of infecting the baby.

HIV is different from the flu or cold virus. It can only be transmitted when certain body fluids from an infected person directly contact your bloodstream. Saliva, tears, sweat, and skin-to-skin contact can’t transmit HIV.

You shouldn’t also be scared of getting HIV from:

Kissing cannot transmit HIV. Saliva has enzymes that prevent the virus from spreading. However, if one person is infected with HIV and has a bleeding wound in their mouth, and the other person also has wounds such as bleeding gum, HIV transmission is probable.

You shouldn’t be scared of shaking HIV-positive hands due to fear of transmission. HIV doesn’t live on the skin and can barely survive outside the body.

Unlike flu or cold viruses, HIV doesn’t spread through the air. Therefore, you can’t get the virus simply because a person with HIV sneezes, laughs, breathes, or coughs nearby.

As mentioned earlier, saliva can’t transmit HIV. Sharing food or water doesn’t put you at risk of contracting the virus. Even if the food has blood with HIV, when exposed to the air or saliva, the virus is destroyed before it gets transmitted.

From Insects or Pets

HIV doesn’t survive for long outside the body. Therefore, dried semen or blood may not transmit the virus.

If you’re scared of touching an infected person’s skin due to fear of contracting the virus, don’t. HIV can’t be transmitted via sweat or skin contact. You can’t also get HIV by sharing exercise equipment.

Some people are afraid of sharing a bed with an HIV-positive person. However, if the person doesn’t have open wounds that could release body fluids such as blood, or you aren’t having sex, sharing a bed with them can’t infect you with the virus.

Is HIV Transmitted Through Kissing Conclusion

Knowing more about how HIV is transmitted prevents the spread of the virus and prevents misconceptions about it. HIV cannot be spread through kissing, hugging, shaking hands, or the air.

Having protected sex, such as using a condom with an infected person, also prevents the spread of the virus. While the virus has no cure, there are HIV medications that have significantly reduced the chances of transmitting the virus. It’s advisable to practice precautions that prevent the spread of HIV, such as practicing safe sex and limiting the number of sexual partners to curb the spread. Sexually active people should also be tested regularly to avoid transmitting HIV to more people. 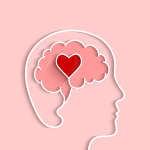