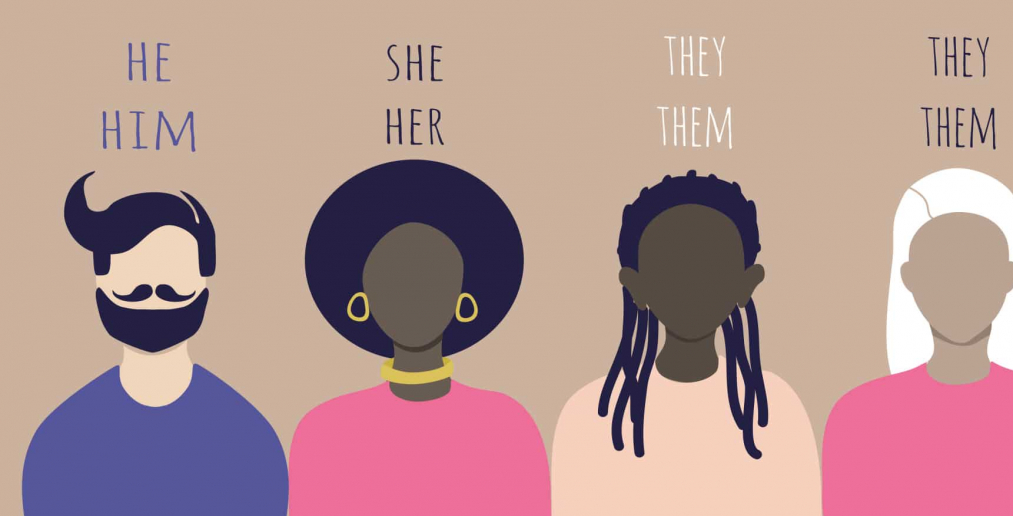 For some transgender people, changing their names can be an affirming step during the transition process. Not everyone will change their name, but it can help some trans people express their true gender

For some transgender people, changing their names can be an affirming step during the transition process. Not everyone will change their name, but it can help some trans people express their true gender.

However, some people may have difficulties using a trans person’s new and more affirmed name. Other people may even refuse to acknowledge the name change at all. In this article, we will cover the topic of deadnaming, aka, using a person’s name before they transitioned, and why this practice is harmful.

Deadnaming (a name that is “dead”) happens when someone, intentionally or not, calls a trans person by the name they used before their transition. This can also be described as calling someone by their “birth name” or their “given name.”

Deadnaming can occur at any point in a trans person’s life, whether in a social setting, personal relationships, school, or in the workplace.

How Does Deadnaming Harm Trans People?

Deadnaming is extremely harmful because not using a person’s chosen name or pronouns is a type of transphobia or cissexism (prejudice against transgender people). In addition, Cissexism has been known to have adverse mental health effects, like depression and suicidal ideation, and physical and verbal abuse.

Deadnaming can be particularly detrimental because using the name that caregivers gave a person could potentially “out” someone as transgender. When other individuals find out that a person is transgender, the trans person is at an increased risk of physical and sexual violence.

According to the 2015 U.S. Transgender Survey:

Essentially, deadnaming someone can be life or death and put transgender people in an unsafe situation.

How Can You Avoid Deadnaming Someone?

The best way to avoid deadnaming someone is simply by asking them their name and pronouns. Once someone knows this information, they should use these names and pronouns unless the person says otherwise.

What to Do if You Accidentally Deadname Someone

If someone deadnames a person by mistake, they can apologize without making excuses or dismissing it. On the other end of the spectrum, it’s essential not to over-apologize. You want to avoid over-apologizing as not to make the situation about you. All in all, people should acknowledge the mistake and continue using the correct name and pronouns.

To simplify the whole process, keep this in mind: correct yourself right away, apologize and move forward. Taking too much time apologizing at great lengths and explaining yourself can be emotionally exhausting for the person you have deadnamed. Also, do not be offended if someone corrects you; just say thank you, make the correction and move on with the conversation.

In addition, understand that a new name and pronouns can take some time to get used to. An important aspect to reflect upon is if you’re saying the wrong name and pronouns intentionality and messing up on purpose, even subconsciously. It’s essential to be patient, but you also need to remember that it’s okay if the person gets frustrated at you for messing up.

Even if you do not intend to harm someone, it can still harm their mental health.

You will also need to keep in mind that not every trans person will have the emotional capacity or energy to deal with it. Not all trans people might be in the space to have patience for folks who continually deadname them. The best way to go about it is to be intentional, change the behaviour and keep practicing saying the correct name.

How Can You Support Trans People?

As previously mentioned, you can support a transgender person by using their correct name and pronouns. Also, one of the most important things to keep in mind is that you should not ever ask a person about their deadname or ask what it was. Whatever name the person uses is the one you need to refer to them by, and it should be respected.

All in all, deadnaming people can be a harmful act, and people should respect trans folks by using their name and pronouns.

No matter who you are, not deadnaming someone is a great way to support the LGBTQ+ community and the trans people in your life. As a result, you will set an excellent example for other people and create a safe space for trans folks.