Most countries in these regions do not recognize the existence and rights of LGBTQ+ people.

Transgender people face discrimination in education, housing, employment, and healthcare. In some countries like Lebanon, this group is at risk of arbitrary arrest and physical violence by law enforcement officials. This article examines legal frameworks regarding LGBTQ+ people in the Middle East and North Africa.

Most countries in the Middle East and North Africa, including Lebanon, Egypt, and Tunisia, do not offer legal recognition for transgender people. This makes these minority groups vulnerable to abuses from law enforcement personnel and discrimination when seeking public services.

Judicial authorities in Lebanon, Egypt, and Tunisia are responsible for reviewing individual gender recognition applications that transgender people submit. Of course, this process faces many obstacles, takes longer (between 3 to 10 years), and is expensive for most transgender people.

The lack of legislative frameworks to give legal recognition leaves the decision to individual judges in each of these countries, depending on how they interpret the law. In most cases, transgender people must complete all surgical and hormonal interventions to review their cases.

Lebanon, Egypt, and Tunisia do not criminalize transgender. Still, these people fall prey to security forces who view transgender men as lesbian and transgender women as gay and prosecute them under different laws.

To get a better legal perspective on transgender, let’s have a different section for each of these countries:

Lebanon is Among the Most Homophobic Territories

Like many other countries in the Middle East, Lebanon has no official programs for transgender people. It has no legal way for gender recognition, leaving the matter to the judge’s discretion.

In 1992, a Lebanese civil court ruled that it could not allow legal gender recognition as it could disturb the fabric of society. The court added that changing sex for psychiatric reasons was not necessary.

Despite the positive gesture from the court, transgender people face procedural obstacles, including a lack of assistance from the relevant government agencies and high fees. Transgender people still face challenges when seeking gender-affirming medical care in Lebanon.

As with Lebanon, transgender individuals in Egypt face challenges when obtaining gender-affirming healthcare and legal gender recognition due to the lack of clear legislative frameworks. In 2003, the country’s Health Ministry established a review committee for people seeking sex reassignment surgery. However, the committee lacked legal authority and did not meet regularly. It was also required to include the country’s Islamic oversight body.

According to the committee, about 87 cases have been approved for “physical” reasons between 2014 and 2017 but none on gender-based disorder, a position that Islamic Sharia largely influences. According to some interpretations, there’s a difference between “sex change” (gender-affirming surgery for transgender people) and “sex reassignment” (surgery for people with intersex characteristics.)

Due to a lack of government initiative in gender-affirming healthcare, transgender people have to rely on expensive and unsupervised treatment from unlicensed centers. Transgender people who need surgery in Egypt have no other choice but to seek service there.

In August 2021, a 26-year-old Egyptian transgender man bled to death after undergoing surgery to affirm his gender. This caused an uproar from transgender activists and rights groups who argued that the end could have been avoided if The Medical Syndicate’s sex reassignment had not stopped giving approvals.

The lack of a legal transgender framework in Egypt has judges with only one choice—to rely on Islami Sharis for guidance when delivering judgments.

A 2016 court ruling stated that sex reassignment surgeries are allowed for intersex. Still, sex change for people with gender identity disorder should be treated by psychiatric measures, not hormonal interventions or surgeries.

Tunisia is Among the Most Homophobic Territories

There’s no gender-affirming healthcare in Tunisia from the private and government medical sectors. Transgender people requiring these services must travel abroad as there’s no clear path to obtaining legal gender recognition in Tunisia.

As with Egypt, Tunisia is more inclined towards allowing legal gender recognition for intersex people but not transgender people. The country’s decision is mainly based on Quran and its cultural positioning in the Arab-Muslim world.

As you can see, the policies in these countries are against transgender people. LGBTQ people from these countries undergo discrimination, violating their fundamental rights, including the right to education, healthcare, employment, and protection from torture and inhuman acts. 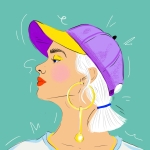