Menu
Search
RuPaul's Drag Race Season 15 is kicking off on January 6th, 2023. The franchise is moving to a new network, MTV, and features its largest pool of queens to date: 16 of them

RuPaul’s Drag Race Season 15 is kicking off on January 6th, 2023. The franchise is moving to a new network, MTV, and features its largest pool of queens to date: 16 of them. It also has the biggest cash prize so far, totaling $200,000.

And if all this isn’t enough excitement, the upcoming season will have the landmark 200th episode of RuPaul’s Drag Race.

The first episode will be a two-part premiere followed by the after-show, Untucked.

We’ve got you covered if you’re curious about what you can expect to see on this season of Drag Race and who the new queens are.

Who Will the Guest Judges on Drag Race Be?

Every season, part of the fun is seeing who the guest judges will be. Of course, the usual crew is back: Michelle Visage, Carson Kressley, and Ross Mathews as recurring judges. It was also announced that Ts Madison would be featured as a rotating judge.

The guest judges will be as follows:

Can’t get enough Drag Race? Check out what we had to say about Secret Celebrity Drag Race.

Meet the Queens of Drag Race Season 15: Part I

As we mentioned, there will be a total of 16 queens this season. Here are 8 of them, and we’ll introduce the next group of 8 queens in Part II.

Amethyst is a pop princess and meme queen and wants everyone to know that “she’s pretty, witty, and … she came to slay.” Her outrageous and eccentric comedy has garnered her millions of TikTok views, and she wants to prove why she’s at the top of the Connecticut drag scene.

Anetra is a stunt queen who can pull out splits, dips, and all the tricks to stand out on the stage. Even though she may seem more chill at times, she has some serious moves.

Aura Mayari is an energetic Filipina goddess who is well-known in the Nashville drag scene. She has a sexy edge that she brings to her drag.

Irene Dubois is a weirdo and out-of-this-world contestant that brings some Texan glam with her Seattle roots of wit and grit. She is known for being Bosco’s drag sister, so we can expect to say some wild drag with a whole lotta drama.

Jax has some moves that can’t be beat. She is self-described as the “Simone Biles of drag.” Her skills come from doing gymnastics and competitive cheer. Her style can be described as a mix of banjee meeting haute hip-hop.

Loosey LaDuca is a construction worker at her day job but is a drag diva at night. She is a powerhouse performer known in the Connecticut drag scene and is a mix of showgirl sass and campy charisma.

Luxx Noir London has a stunning style and has an attitude that can’t be denied. Plus, she’s always straight up and not afraid to tell it like it is. Luxx is also this season’s youngest queen, but she’s got major confidence.

It’s hard to believe, but Malaysia Babydoll Foxx is the first Miami queen to ever appear on the Drag Race main stage! She is a professional makeup artist and hair stylist to the stars and is bringing all her skills in her toolbox to the competition.

The Meet the Queens Special

If you want a closer look at these queens, the official RuPaul’s Drag Race YouTube page features a one-hour “Meet the Queens” video. It is hosted by season 14 winner Willow Pill where Willow introduces each of the 16 new queens. They all do an introductory catwalk presentation.

Stay Tuned on LGBTQ AND ALL

At LGBTQ and ALL, we are drag race superfans. We will keep you up-to-date with a recap of the first episode. 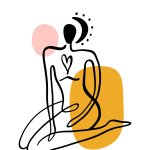