Menu
Search
The benefits of coconut water are well known for its high levels of electrolytes, minerals, and vitamins

The benefits of coconut water are well known for its high levels of electrolytes, minerals, and vitamins. Though it has existed since the stone-age, its use has skyrocketed in recent years. Dubbed as “Mother Nature’s Sports Drink,” coconut water can easily be accessible.

Though coconut has gained a lot of popularity recently, it has been consumed for decades, especially in tropical regions worldwide. It’s believed to enhance digestion, semen production, and urination. It also helps in preventing dehydration. Some communities give coconut water as gifts during ceremonies.

Although it might not be a magical cure, it has various benefits for your general health. Let’s read along to understand more.

A cup of coconut water has only 45 calories. This makes it healthier than other drinks that are high in calories, such as juice and soda. It contains fewer carbohydrates and sugar compared to juices. It also contains lots of electrolytes and minerals such as potassium and sodium. However, coconut water cannot compete with pure water, which contains zero calories.

Most sportspeople prefer coconut water since it has no added sugar, artificial sweeteners, or food coloring. It can be used as a traditional sports drink for hydrating and replenishing fluid after a run.  However, it is not rich in sodium- electrolyte lost with sweat compared to other sport’s drinks.

Coconut water has fewer carbohydrates needed to endure performance, meaning it may not provide the much-needed energy for exercise that takes more than 90 minutes. However, it will aid in rehydrating afterward.

Besides ensuring strong bones and teeth, calcium helps muscles to contract and work properly. During exercise, your muscles pull on the bones and break them a bit. As you recover, calcium is needed to ensure stronger bones and repair. Magnesium ensures that potassium and calcium move into muscles to help in concentration and relaxation. It also promotes organ function and energy production.

Other than its hydrating benefits, coconut water is rich in antioxidants that aids in neutralizing oxidative stress and free radicles from exercise. A better source of these antioxidants is fresh coconut water. Processed has fewer antioxidants compared to fresh.

As stated, coconut water contains magnesium- a mineral that keeps things moving in your body. For those struggling with constipation, coconut water will sort you out. You can get fresh ones from the nearest supermarket. Remember, avoid processed coconut water if possible.

Dehydration leads to tight, dry, and flaky skin. Coconut water can ensure that you stay hydrated, promoting smooth and radiant skin. Since it is sweet and delicious, it’s easy to consume it as often as possible.

Most people confuse thirst for hunger, making them overeat hence gaining weight. Though coconut water contains more calories than freshwater, it’s healthier than other drinks such as soda and juice. Coconut water is fulfilling; therefore, regular intake will prevent you from consuming high-calorie drinks or overeating.

After a night of too much wine, it’s normal to be foggy and dehydrated the next day. Luckily, coconut water can sort you out. Try a cold cup of it, and you’ll feel much better. It will replenish electrolytes that were depleted by alcohol and also quenches your thirst.

Amino acids are crucial in repairing tissues. It contains more arginine, alanine, serine, and cysteine compared to cow’s milk. Coconut water is a great source of arginine – an amino acid that helps your body cope with stress caused by extreme workouts. Arginine may also keep your heart healthy.

Coconut water contains cytokinins, the hormone that promotes the growth of plants. Cytokinins are believed to have antiaging and cancer-fighting abilities. However, more studies are needed to determine whether coconut water can help with cancer.

Help in Prevention of Kidney Stones

Consumption of enough fluids is critical in the prevention of kidney stones. Though plain water is a good choice, coconut water might be the best. Kidney stones occur when calcium, oxalate, and other compounds form crystals in your urine, forming small stones.  Though some people are more prone to develop kidney stones, more than 12% of the world’s population is affected by this condition. Try coconut water for dehydration and avoid the condition.

Coconut water is a great way of rehydrating after workouts. As you refresh yourself with a cold glass of coconut water, you also get a chance to benefit from its nutritional value. Instead of other sports drinks that have added sugar, color, and artificial sweeteners, choose coconut water, and you will not regret it. 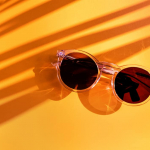 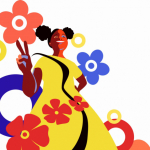