A private college in Lewisburg, Pennsylvania, Bucknell University, is investigating a recent “horrific incident” where a former fraternity terrorized an on-campus residence for LGBTQ+ students. Residents of Fran’s House, aka Tower House, were reportedly “harassed and intimidated” at their building.

The investigation will also look into the actions of the university’s Public Safety Department, who were allegedly negligent in their response to what occurred.

According to the Bucknell University’s website, Fran’s House offers gender-neutral housing and “serves as a safe place for LGBTQ+ individuals and allies.”

What Happened During the Incident at Bucknell University

Tyler Luong, the resident advisor of Fran’s House, wrote an open letter to Bucknell University president John Bravman after the incident. The letter revealed that he had been studying in the inclusive dorm when a group of frat brothers then attacked it. He had been alerted to the situation after receiving a text saying: “Nobody comes in or out right now. Don’t open any doors. Lock windows.”

Luong came to the bathroom at the request of the residents. One student was holding the window closed “while a bunch of silhouettes stood menacingly on the other side.”

There were nearly 20 former Tau Kappa Epsilon (TKE) members outside of the dorm. This frat house was previously removed from Bucknell’s campus two years ago. Their removal was due to an anti-hazing report that said there were allegations of disciplinary violations. For instance, underage drinking, using dog shock collars on other members could have led to bodily injuries and other abusive behaviors.

The Fraternity was previously located where Fran’s House now resides. Luong’s letter revealed that these former frat members “demanded to gain access to their former home, chanting: “Let us in! This isn’t your home! This is our home!”

These previous TKE members allegedly banged on the windows and doors, swung a metal bar at a flag pole with the organization’s Pride flag, urinated on the porch, and flashed a member in the house. According to a report from the New York Times, some witnesses saw at least eight men climbing to the roof.

How Did the Public Safety Department Allegedly Respond to the Bucknell University Incident?

As soon as Luong contacted the university’s Public Safety department, the group started to leave the premises.

Here are some other quotes from Luong’s letter:

“I wanted to stay inside and lock myself in my room. However, as the Residential Advisor, I chose to show my residents that I will protect them no matter what. With my legs shaking with adrenaline, I stood there ready to lay my physical safety aside to protect my residents.”

He also said how he was “so relieved” to see the group retreat from the premises. However, that is until four of the men turned back around. That prompted Luong to get in touch with Public Safety again. After a long delay, the officers arrived. Luong states they “laughed at the situation” and “bonded with our offenders, reminiscing about their college days and calling them handsome young men.”

Luong also reports how the responding officers did not talk to him or check on anyone in the house. They instead “promised to talk to the chief of public safety” to give the previous frat members “access to our house when finals week was over.”

What Does TKE Have to Say About the Incident?

According to a statement from a TKE spokesperson:

” We hope those who attacked the Fran House at Bucknell are held accountable. No one deserves to feel less than. These acts of intolerance don’t align with our Fraternity or any Greek-letter organization. We stand in love and solidarity with members of the LGBTQ community who are dynamic and valued members of our TKE family.”

How Is Bucknell Handling the Incident?

The university issued the following statement:

” It is clear from multiple accounts that the students violated the physical space and, far more importantly, the residents’ sense of place and security. Further, it is equally clear that Bucknell Public Safety’s response to the incident was lacking in myriad ways.”

Officials noted that they were “gravely concerned” about potential violations of the student code of conduct. They have hired a third-party firm to investigate the incident and submit a report to the college administration.

According to the investigation findings, the university will set forth the appropriate consequences and corrective and disciplinary measures.

The Public Safety officers will also undergo further educational and professional development. That way, they can create a better sense of safety and belonging for all members of the Bucknell community.

“We cannot erase the ugliness and subsequent trauma of last night’s transgression against the students of Fran’s House and, implicitly, many others, but we can commit to addressing it in a way that protects LGBTQ Bucknellians and better ensures their safety in the future.”

Read more: How to Make Your Workplace More LGBTQ+ Friendly

According to a statement on the Fran’s House Facebook page, residents requested to the university that Tower House should be the permanent residence for the LGBTQ+ community.

The statement said the following:

” Never again should someone feel entitled to come to our home and say it’s ‘their house and not ours.”

The passage also said that the public safety officers and other people involved need to be held accountable.

“Fran’s House residents will provide full compliance to the independent investigation occurring, and hope we will be adequately represented when the university makes decisions based on this outcome.”

In the same Facebook group, the university’s LGBTQ office commending Fran’s House community for its bravery during this appalling incident.

“While it should never have been tested in this way, the Fran’s House community has and continues to show courage and support for one another. Past, present and future, they are a source of PRIDE for our campus.”

Student Housing and the Pandemic

LGBTQ+ college and university students all over the country have already been facing unique challenges due to the pandemic. Approximately one-third of LGBTQ+ students reported that they experienced disruptions to housing during COVID-19. Secure housing is an essential need for LGBTQ+ students, and this incident has caused even more harm during this time. 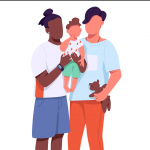