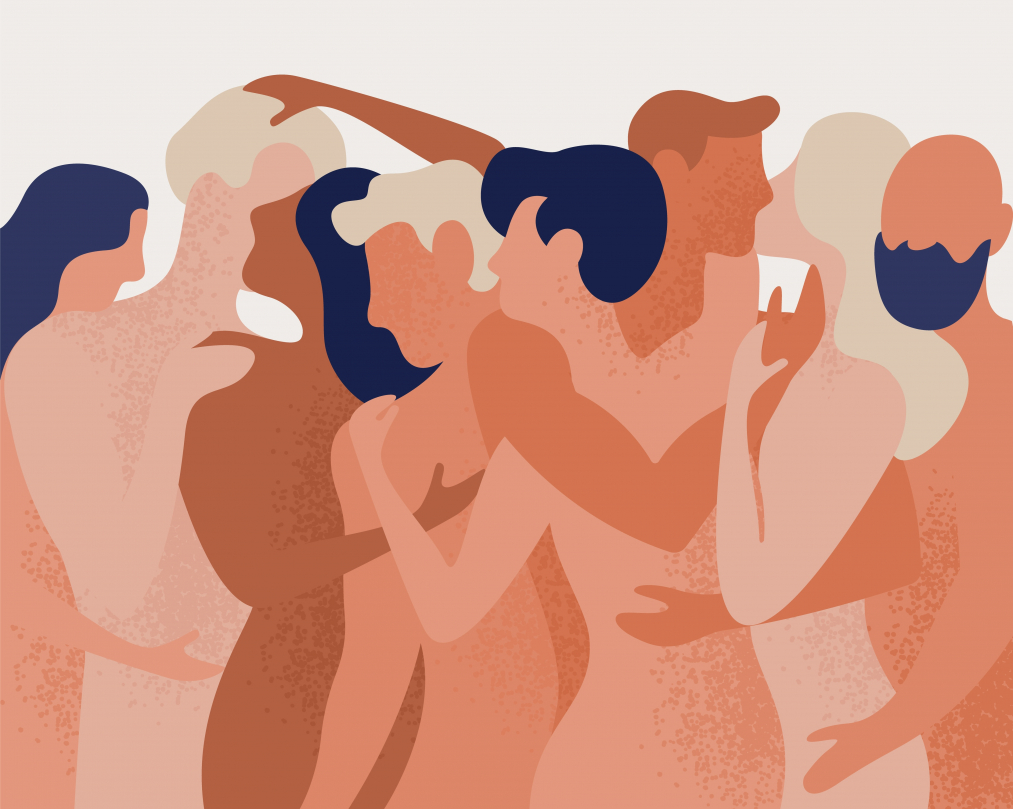 Monosexism or monosexuality is a term commonly referred to when discussing biphobia. Monosexuality is the romantic or sexual attraction to people of one sex only

The term is not used often and was mostly found in discussions of bisexuality to discuss everyone other than bisexuals/pansexuals and asexuals. It was used in place of unisexual, which is a term found in biology and would create confusion. When it is applied to someone, it is almost always derogatory. It is not used as a self-describing label by either straight or gay people.

How has the term monosexuality been viewed in popular culture?

If the term is exclusively monosexual in behavior, then here is how it would look according to Alfred Kinsey’s controversial studies: 67% of men and 87-90% of women would be considered to be “monosexual” according to their behavior. However, if the term is being used to evaluate emotional response, the proportion for men goes down to 58%.

Music critic and analyst Fred Maus once compared the criticism of Béla Bartók’s works because they used tonality and nontonal methods unique to each of their pieces, which had a bias towards monosexuality and were against bisexuality.

Monosexism encourages the myth that a person can only be attracted to one gender. In addition, people who believe in monosexist viewpoints encourage binary thinking by insisting that sexual orientation can only be defined as two polarities: either straight or gay.

Monosexism thrives in some straight and gay communities due to the myth that bisexual or pansexual people are promiscuous. They can be viewed as greedy or even attention-seeking.

Also, many monosexist ideologies are incorrect in the assumption that bisexuality or pansexuality is solely physical. They also assume that a bi/pansexual person will never be satisfied by monogamy.

Straight and gay people will justify monosexism for various reasons. Some individuals may see these sexual orientations as a threat of their partner choosing one sex over the other. Some people who idealize more heteronormative traditional narratives may see bisexuality as an obstacle to their relationship and how they view it.

Monosexism also occurs in the gay and lesbian communities. It can stem from anxieties around whether someone is “queer enough.”

Many people who are of the monosexist viewpoint will use the narrative that they fought for their identities. Then they will believe the misconception that someone could go back to straight privilege whenever they felt it suited them.

Non-monosexuals will be treated suspiciously since their queer identity was experienced differently.

What Are Some Monosexist Myths?

One of the biggest rationalizations of monosexism is impulsivity. Here are some of the most harmful myths.

A bi or pansexual partner is promiscuous and will cheat.

Many people believe that bi or pansexual partners are more promiscuous or prone to cheating. However, if you’re worried that your partner will cheat on you, that is more of a trust issue in the relationship. Communication is crucial, and it is more appropriate to have a discussion with them about your fears.

Bisexuality and/or pansexuality are driven by lust.

If a person is bi or pansexual, that doesn’t automatically mean that they want to have sex with everyone they meet. Likewise, just because you are attracted to different genders doesn’t mean that you’re attracted to every person. Physical attraction may not even be the primary motivator of why a bisexual or pansexual person is interested in someone.

Even if a pansexual or bisexual person is non-monogamous and enjoys casual sex, they should not be discriminated against or slut-shamed for their preferences either. In essence, every LGBTQ+ person should be free to pursue their sexuality in any way that works for them without biphobic attitudes.

Bisexual and/or pansexual folks are attracted to equal numbers of genders.

This myth couldn’t be further from the truth. Many bisexual or pansexual people see themselves as having the capacity to have a physical and/or emotional connection with a person regardless of their gender.

What Is the Controversy Behind Monosexism?

Among gay men and lesbians who know this term, it is viewed as an ideologically loaded word. It also intends to privilege bisexuality over other sexual orientations in the LGBTQ+ community, which is why many bisexual people avoid using it.

In the early 90s, a Usenet flamewar broke out and continued for months on the groups soc.bi and soc.motss. The discussion was over whether this term was heterophobic or homophobic or a justified bisexual response to a commonly occurring biphobic gay and lesbian culture.