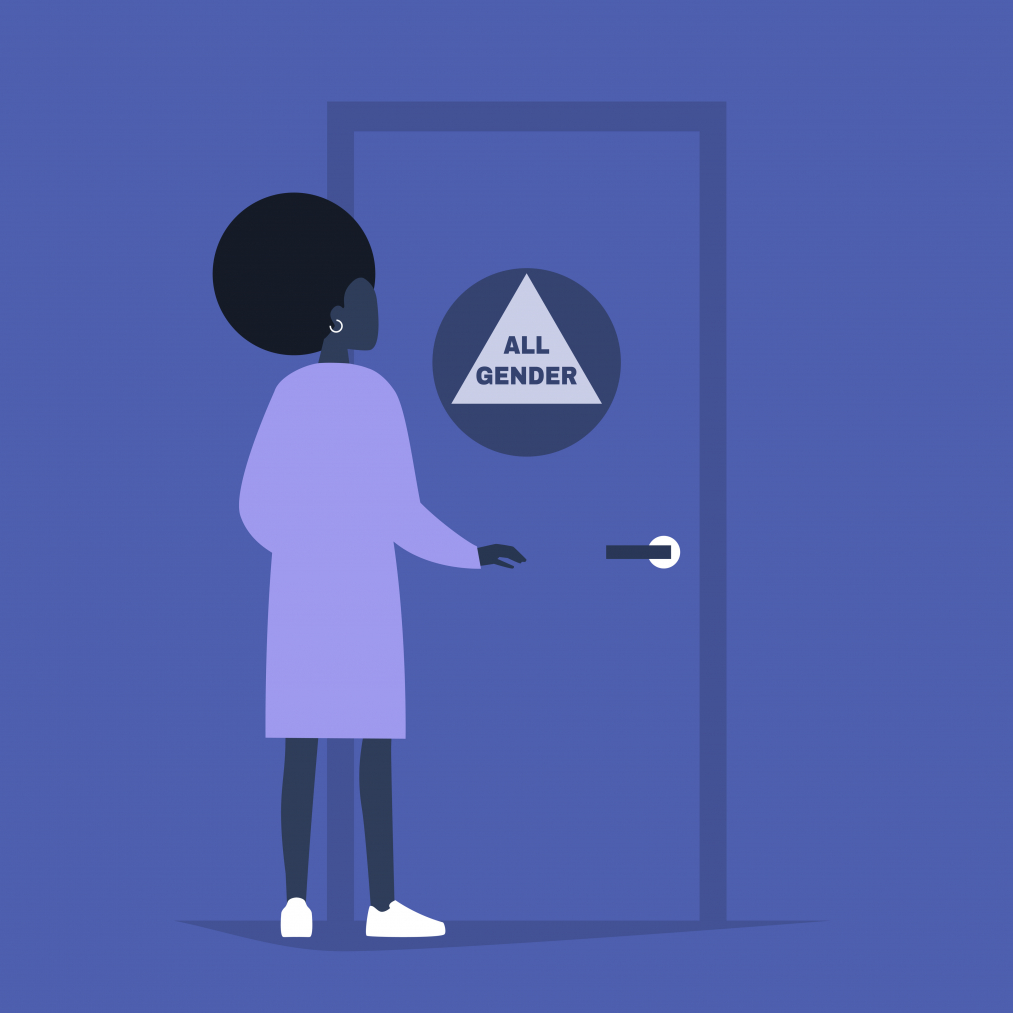 Non-binary gender identification, in general, non-binary refers to a person who does not identify with being a man or woman.

Many societies predominantly only recognize two genders: male and female. This idea of there is only two genders is referred to as a gender binary. As a result, non-binary gender identification is a term used to describe genders that are outside of this binary.

It is quite common for people to confuse sex and gender. Some may even use these terms interchangeably. However, sex and gender are different things. Sex does not define gender – gender is a social construct and a person’s lived experience that can shift over time.

A Definition of Non-Binary Gender

So what is non-binary gender identification? These genders are diverse and complex and can be hard to capture with a single definition. In general, non-binary refers to a person who does not identify with being a man or woman. For the most part, it is an umbrella term that includes genders outside of these two genders. They may also have more specific attributes to their identity.

Non-binary gender means different things to each person. For example, some individuals reject the concept of gender entirely. Ultimately, non-binary gender is unique to the person and their experience.

Non-binary is a gender identity but also a term to describe genders outside of cisgender norms. There are infinite types of non-binary gender identities. Here are some commonly mentioned ones:

Agender is when you don’t have one single gender identity or one that is undefined. Other terms include genderless and neutrois.

Bigender is having two distinct gender identities. A person can experience these at the same time or alternatively.

Gender-fluid is when a person moves between gender identities.

Genderqueer is a catch-all word for non-binary identities. Some individuals even use it as their primary identity.

Two-Spirit is someone who embodies both a masculine and a feminine spirit. Some Indigenous people use this term as a way of defining their gender, sexual or spiritual identity.

Some Facts about Non-Binary People

It’s Not Just a Trend

Some people think that non-binary people are jumping on a new trend. However, non-binary identities have been around for thousands of years. They have been recognized by various cultures worldwide.

Some transgender individuals are non-binary, but many are not. A significant amount of trans people have identities that are either male or female and should be treated as such.

You Don’t Have to Have a Specific Look

Many people think that non-binary equals being androgynous. However, non-binary people can choose any look they want that feels authentic to them.

Not All Non-Binary People have Gender Affirming Surgery

When it comes to gender affirmation, there is not a one-size-fits-all approach. Surgery does not necessarily have to be a part of the transition process. The choice is up to the non-binary person and what feels right for them.

Non-Binary People Can Use Any Pronouns

Pronouns are different for every non-binary person. While many use “they/them,” some use he, she, or combinations like she/they, he/they, or Ze/her/hir. Many non-binary people feel unacknowledged when their pronouns are not used and can be quite damaging to their sense of self.

How to Support Non-Binary People

Now that you have a basic understanding of non-binary gender, there are ways you can be supportive. Here is how you can start:

Use the Name they Ask You to Use

Using the right name according to a person’s gender identity is an essential step for being respectful of non-binary people. If you have known a person before by a previous name, do not use it as it does not reflect their gender identity. If you don’t know their old name (deadname), never ask them what it was.

Do Not Assume a Person’s Gender

Determining whether someone is non-binary is not possible just by looking at them. By not making any assumptions, you allow them to tell you how they identify.

You may feel out of your comfort zone asking about someone’s pronoun, but it’s a great way to show respect for their identity.

Introduce Yourself with your Pronouns

When you tell people your name and pronouns, it will make non-binary people more comfortable and asking about pronouns more common practice. You can include them in your online bios like email signature or social media profiles to be more inclusive.

Make an Effort to Learn More

Since there are endless ways to be non-binary, you can research to learn more. Many non-binary people can get burnt out from educating others about their experiences. Learning on your own is also a way to show that you care and affirm their identity.

As we’ve mentioned in a previous article, it is essential to use more gender-inclusive language in our dialogue. For example, instead of saying “ladies and gentlemen,” you can use terms like “everyone, friends, folks, partner, parents, etc.”

Stand Up for Non-Binary People in Public

You can support non-binary people by partaking in LGBTQ+ activism, speaking up for individuals who are misgendered, or by sharing posts on social media.

Now that you know the basics of non-binary gender, you can continue learning more and doing the work to become a better ally. By supporting non-binary people, you will be contributing to a kinder and safer world.

Related: 10 Ways to Navigate Dating as a Non-Binary Person

Non-binarytwo-spiritpronounsgender fluid
Back to Top
Close
Login Sign Up